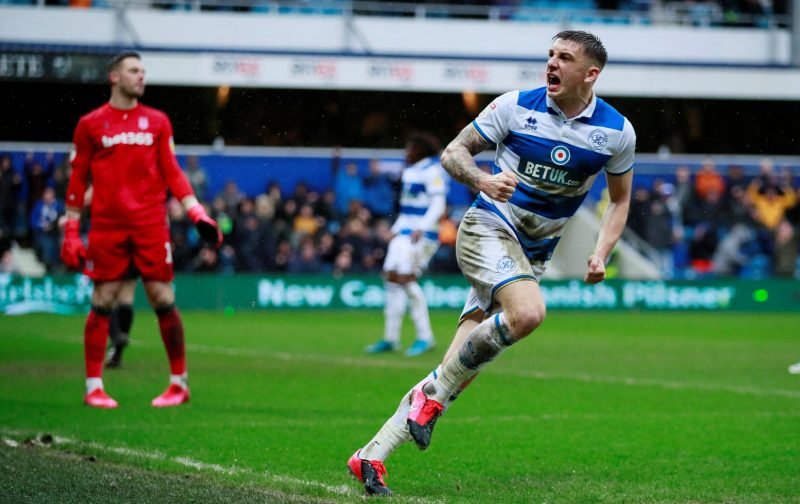 Lots of West Ham United fans were angry at the club after reports suggested that David Moyes would stick with forward Jordan Hugill.

The 27-year-old is currently on loan at Queens Park Rangers and has had a relevant amount of success during the current campaign, with 13 goals and one assist in 37 appearances.

Hugill himself admitted last year that joining the Hammers was a learning curve, following his £10m move from Preston North End in January 2018.

Since his arrival, the centre-forward has only made three outings for us and was loaned out to his hometown club Middlesbrough before his move to the capital.

With this in mind, supporters were fuming and made their feelings clear on social media. One fan said that this is “very worrying” due to his price tag and it has a horrid reflection on the state of our club, while another stated that “we are going down”.

The fact that Moyes paid £10m, still rates him and is very worrying. reflects the state of our club that he is responsible for our survival and any potentially transfer budget. #WHUFC

I really hope this is tabloid guff…he’s over 25, we’d be better off trying to use him in a deal for Eze or another Championship talent like K.Grant or Watkins!
He seems like a nice guy, but he’s not PL standard

😂oh dear no change there then