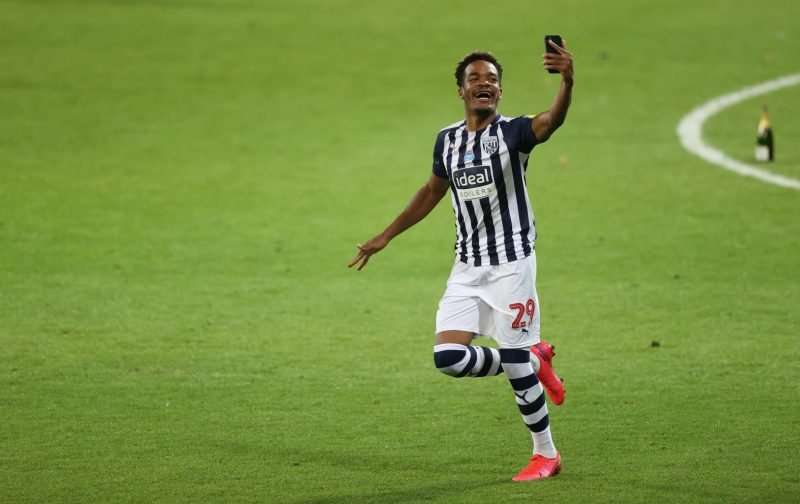 Diangana has returned to east London following a successful loan spell with West Bromwich Albion, but his future with the Hammers is shrouded in doubt as the 22-year-old is attracting strong transfer interest.

Slaven Bilic’s Baggies are keen to retain the winger on a permanent deal after Diangana’s eight goals and seven assists helped toward a second-place finish in the Championship, but could face competition from Southampton and Fulham.

The Saints and Cottagers are both said to be monitoring developments with an eye toward a potential swoop if West Ham decide to cash-in, with the Hammers understood to value Diangana at £15million.

All sides considering moves must first wait for Diangana to decide if he sees his future at the London Stadium, where he signed a long-term contract in January 2019, with the forward eager to learn what role he would have in David Moyes’ offence next term.

Diangana is craving regular first-team football in 2020/21 after starting 23 of his 30 Championship outings during West Brom’s promotion-clinching campaign, which was interrupted by two hamstring injuries side-lining the Irons product for a combined 13 matches.

A few West Ham supporters believe Diangana has proven enough during his year away from the club to warrant a place in Moyes’ starting line-up when action resumes in September, and that their side must reject any and all approaches this summer.

What is wrong with us? Seriously. Man should be starting https://t.co/rV1yg5eSBF

@GradyDiang should clearly be starting for us on 12th Sept. If Anderson/Lanzini & Fornals are all still with the club then they should be competing for the No.10 position.
Play your inform & confident players.

Some Irons fans are reluctant to guarantee Diangana any role in Moyes’ offence, despite the list of clubs monitoring developments, as it would be irresponsible to assure the 22-year-old that he will feature without first proving he deserves minutes in pre-season.

You can’t go guaranteeing a player anything. He’s still got to work for it in pre season like all the rest.

I’d remind him he signed a long contract, we sent him out for experience, which he now has. He’ll get his chance. End of.

A few supporters also believe the club are bound to accept a suitable offer for Diangana this summer due to the Hammers’ desperate need to raise funds for their own dealings.

Easy the club have no money according to the owners and needs to sell. But no money will go on transfers it will go straight into the pocket of David Sullivan to pay back the money he loaned his own club

But while some are apprehensive, others point to Moyes’ previous comments on Diangana’s future, having stated that the young ace is destined for the top and will be given a key role at the London Stadium upon his return.

Moyes did tell him he will play

Sure I read somewhere that Moyes has said he will get a chance. Don’t know why some of our fans keep on spurting about our players leaving