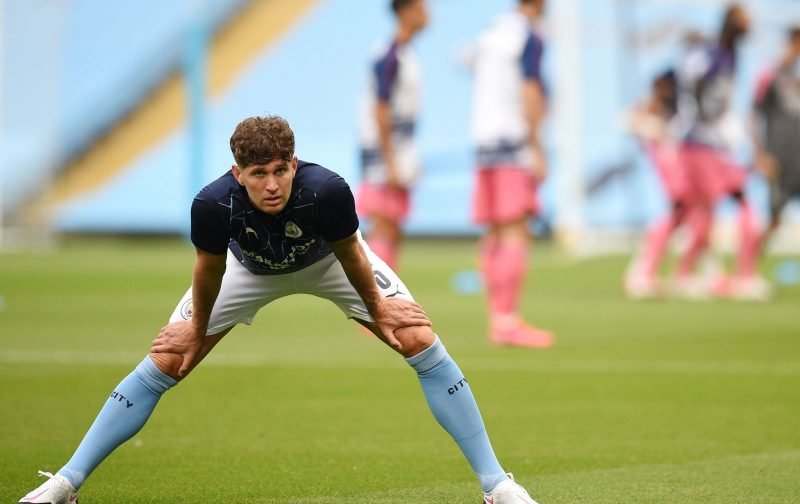 Many West Ham United fans on social media are split over whether or not David Moyes should attempt to sign Manchester City defender John Stones during the summer transfer window.

Moyes is believed to be a fan of Stones and has expressed a desire to add the former Everton player to his ranks in the current market, per ExWHUemployee, having decided that a new centre-half is among his priorities.

The Hammers are yet to formalise their interest in the 39-cap England international and are yet to decide how best to approach the Citizens, with a potential loan approach still under consideration at the London Stadium rather than an outright purchase this time around.

City are said to be open to parting with Stones following their successful move to sign Nathan Ake from AFC Bournemouth after the Cherries’ relegation, with Pep Guardiola seeking a clear-out at the Etihad Stadium.

Stones’ uncertain future has also been met with an alleged £20million asking price, which is low enough to appeal to Moyes who signed the 26-year-old from Barnsley back in 2013 before leaving to join Manchester United just months later.

If Moyes is able to convince the West Ham board that Stones would be good value for money at the asking price touted, he would be sure to delight a number of Irons supporters.

Fans have been sharing their views on social media, with many keen to see Stones at the London Stadium as he is ‘too good’ for the Hammers despite only starting 12 of his 16 Premier League appearances this season.

At the end of the day, he is an upgrade on our defence. So yes. https://t.co/LnrwbQuU7L

Yes
– like to play football
– will have something to prove
– English

I don’t get anyone saying no, he’s too good for us if anything

Some West Ham fans would be against signing Stones, though, as the City man can be prone to an error, with two mistakes leading to shots and having lost possession 4.1 times per league game this term.

He is a decent player no doubt although there is a but;

1. With us pleading poverty fee & wage likely prohibitive
2. Can often get caught on the ball in dangerous positions
3. Does have an error in him which can put you under undue pressure
4. PG doesn’t trust him to defend

John stones at the top of his game would be great, but we won’t get that version of him, and we need players who will fight for the club. It’s a no from me. We have more pressing needs than cb anyway

Why does anyone want a mistake riddled Center back who wasn’t very good at Everton let alone city.

If he’s 20m I’d absolutely be looking elsewhere in order to be able to by new FBs which are a higher priority and combined their wages will be less than what Stones makes!

Any relevant finances related to signing Stones would also be key for some West Ham fans to green-light his arrival at the London Stadium, as a few feel the Barnsley-born centre-back could be too expensive at £20m plus his contract demands.

Stones currently earns £100,000-per-week at the Etihad Stadium on a contract that runs until the summer of 2022, enough to make him the Irons’ second-highest earner.

If City subsidize his wages heavily and we can get him on a loan w/ an option to buy in our favor, I’m all for it. Otherwise there are cheaper options out there for our limited budget