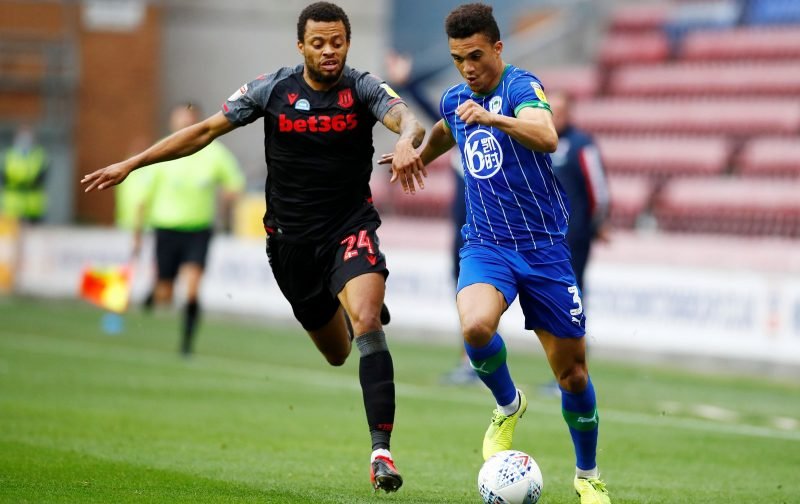 A few West Ham United fans have been reacting on social media after reports claimed Wigan Athletic have accepted a transfer offer from Sheffield United for full-back Antonee Robinson.

West Ham had been in the race to sign Robinson following the Latics’ enforced relegation to League One after falling into administration, leaving the DW Stadium outfit desperate to raise vital funds.

Falling out of the Championship also triggered a clause in Robinson’s contract that was thought to have made the United States international available for just £1.5million, having been valued as high as £10m in January as AC Milan sought his signature.

But reports by Sky Sports in their live transfer feed (10/08, 11:14) have claimed that Wigan have accepted a £2m offer from Sheffield United for the former Everton defender.

The 23-year-old is now believed to be scheduled for talks over personal terms ahead of any move to Bramall Lane later this week.

Robinson’s proposed move to AC Milan fell through following complications with his medical revealing an underlying heart condition that required months of treatment, but the defender returned to action in line with the restart and ended the 2019/20 campaign having started all 38 of his Championship appearances.

West Ham fans have met news of Sheffield United’s accepted offer with frustration, with many slamming the board for failing to seize on a target who was clearly up for grabs.

Bloody hell, was valued at £10M 6 months ago and we couldn’t even put up £2M for the young American. Absolute joke @WestHam https://t.co/pi4vk7zB05

What a signing this would’ve been, absolute farce of a club we are

Well we did try didn’t we ?

Where are the board marks? @westhamfootball please defend this you utter melt. Make my day. https://t.co/oihqlJwMN8

A handful of West Ham fans have not met Sheffield United’s accepted offer with anger, with a few instead praising the Blades for showing their ambition by signing players who will improve the overall squad at Bramall Lane whilst they sit back and wait for the Irons to strike deals.

Others have also questioned whether Robinson was even David Moyes’ top-target, as other rumoured targets such as QPR’s Ryan Manning could be more in line with what the Hammers boss is after this summer.

Manning has been put forward as a potential target as Moyes knows he will have a limited transfer budget and is keen to add additional young players to his ageing first-team.

Not happy about this too but we might not have had him no1. Feeling Manning is no1 target