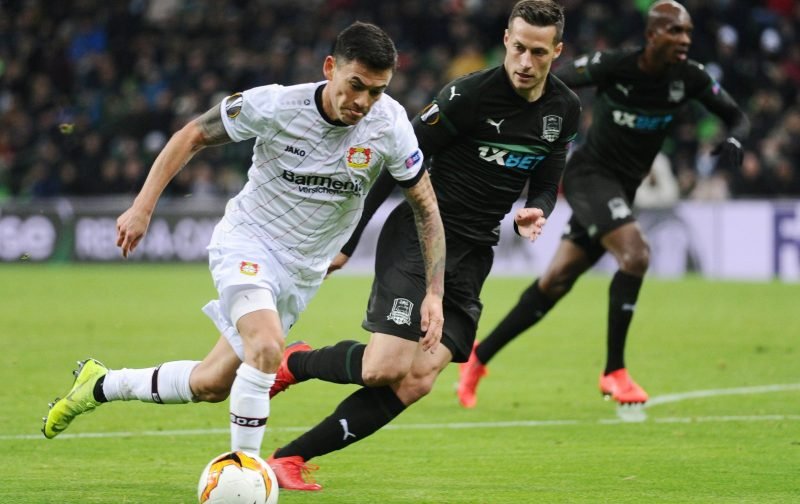 Charles Aránguiz has turned down the opportunity to make a move to West Ham, according to Daily Star.

Manuel Pellegrini has a record of bringing Chilean players into his former clubs, something he hasn’t yet done with West Ham, but he had made an offer for the 30-year-old to become the first.

However, it is the player himself who is said to have snubbed the deal, rather than Bayer Leverkusen.

He did the same to Leicester City four years ago, according to Daily Star’s report, a season which ended with the Foxes lifting the Premier League trophy.

Despite having bought in Pablo Fornals, West Ham have been frustrated at points in this transfer window and are having their patience tested.

The most evident example of this is their pursuit of top target Maxi Gómez, with negotiations likely to last the majority of the summer if a deal is to come off, according to ExWHUEmployee.

The Hammers already have Declan Rice as their main holding midfielder, with the likes of Mark Noble and Jack Wilshere available to play in a deeper role.

So while it is frustrating that Aránguiz has turned down a move, it isn’t the biggest problem the Hammers have faced this summer.

Pellegrini could still have a compatriot join him, as Guillermo Maripán has been linked to West Ham by football.london.