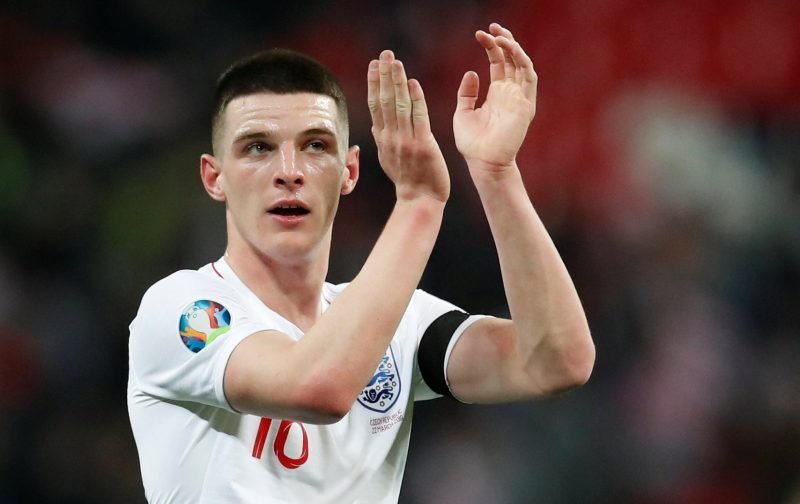 There has been a mixed reaction to Declan Rice’s performance as England lost 3-1 to the Netherlands after extra-time in the UEFA Nations League Semi-Final.

The West Ham midfielder was earning his third cap for his country, totalling 105 minutes on the pitch; with the debate raging on regarding his performance, looking at the numbers behind his game is the best solution to determining how he did.

According to WhoScored, Rice had a pass success rate of 96%, which was unbeaten by any player on the pitch who made more than 10 passes.

Of the midfielders in the game, only Frenkie de Jong, Marten de Roon and Ross Barkley made more successful passes than Rice managed – who recorded more than Fabian Delph and Georginio Wijnaldum.

One of the criticisms of his game from some is that he went for the simple option with his passing, though he did make one key pass during the game – Barkley and Ben Chilwell were the only England players to make more.

As is expected, he also made some vital defensive contributions against Holland, making the most interceptions, alongside Fabian Delph, of any player on the pitch and made more clearances than any other England player.

Rice was given the fourth-highest overall rating of any England player by WhoScored, too, only ranking behind Delph, Jordan Pickford and Marcus Rashford.

There were, of course, areas where he could have improved, but that was the case for every England player, with Rice’s overall contribution a solid one.