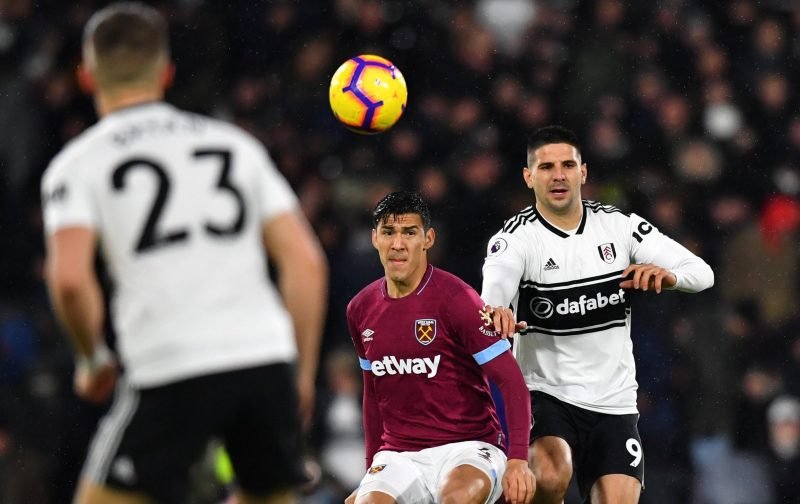 When West Ham United and Fulham go head-to-head on Friday night, fans could be set to see goals fly in, and Sky Sports pundit Paul Merson has predicted just that.

Goals have certainly not been at a premium in nine of the past ten clashes between the Cottagers and us when the West London outfit travel to our ground, with more than 2.5 goals on average finding the net.

There has not been a nil-nil draw since 2006, either, when the likes of Bobby Zamora, Marlon Harewood and Nigel Reo-Coker failed to beat Antti Niemi in the host’s net.

As far as Merson is concerned, that record looks set to continue, as the former Arsenal ace turned Sky Sports pundit has predicted a 3-1 win for Manuel Pellegrini’s men in his match prediction column.

The ex-England international is banking on Fulham failing to turn their luck around, and pick up three points that could prove key in their fraught battle for survival.

Add to that the Craven Cottage outfit’s inability to prevent the opposition from scoring, the 50-year-old is confident that we can seal the deal.

“Fulham are in the must-win saloon but they are letting in goals for fun,” Merson claims. “I don’t see anything except a victory for West Ham.

“It’s hard for Fulham to go somewhere and keep clean sheets and they also aren’t the highest scoring team, so I don’t see them getting anything here.

“I can’t see Fulham surviving; defensively, they are not going to keep enough clean sheets. They are behind the eight-ball and the more they have to chase games, the more vulnerable they are going to be. I don’t give them a chance.”