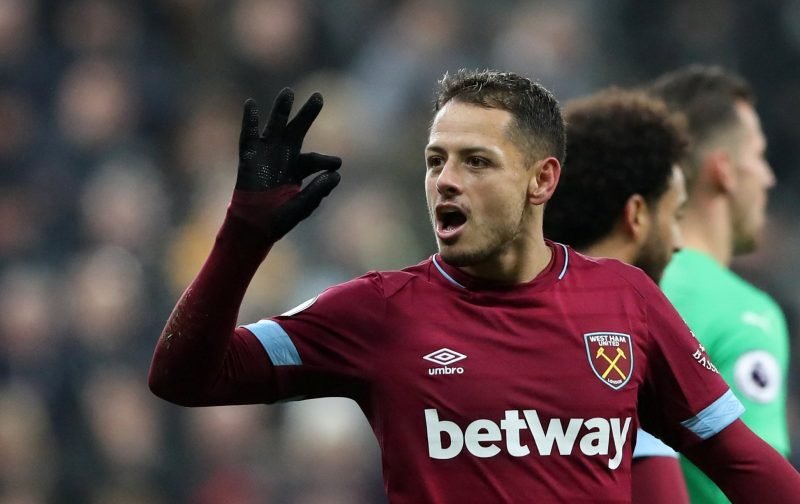 It might not have been the result West Ham fans wanted, but the Hammers did well to escape the Amex Stadium with just a point.

Manuel Pellegrini’s side managed a 1-1 draw against a Brighton side that dominated most of the game, with Javier Hernandez scoring the goal that sees West Ham travel back to east London with their first point of the new season.

With record signing Sebastien Haller missing out due to injury, Hernandez’s goal sparked the same idea in the minds of many West Ham fans of Pellegrini playing the two attackers together when both fit, and supporters took to Twitter to call for the club to give the people what they wanted.

Now partner him with someone next week!! Thas how he plays at his best

With ManUnited he played with Rooney. 20 goals a season. Pair him with Haller. They’ll both score for fun.

the best way for me to play with 2 strickers pic.twitter.com/0g0KUY69XZ

Play him up top together with Haller and they’ll score 30 between them.

No apologies needed, happens. I do believe Hernandez up top with Haller would be better than Haller and Antonio. Antonio’s finishing is poor and that’s where Hernandez trumps Antonio.

Tbf Hernandez with haller would work. Haller would be doing all the hard stuff while Chica stays in the box for the chances. Would be a good partnership

I’d like to see Hernandez and Haller start up top together against Watford, could potentially be a good partnership.

Haller signed for the Hammers from Eintracht Frankfurt.