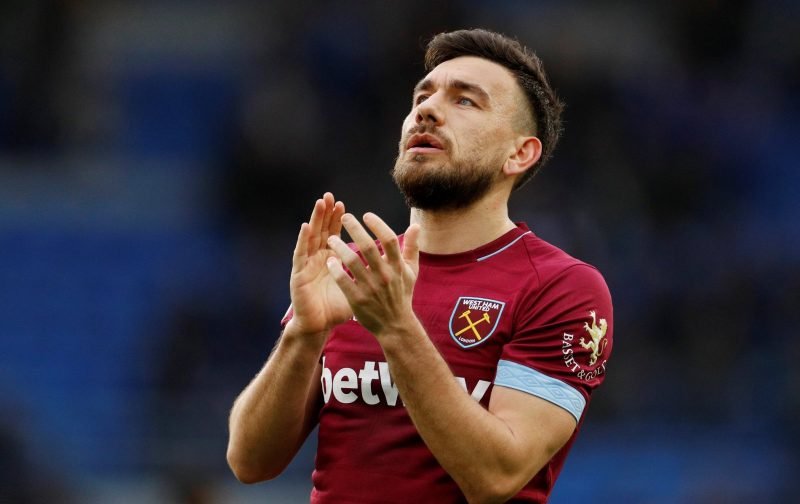 Last weekend’s defeat to Cardiff City was a disappointing result for all at West Ham, but Manuel Pellegrini has to ignore the slump in form displayed by Robert Snodgrass if we are to correct the result against Huddersfield.

Like the Bluebirds, the Terriers are a relegation-threatened side with all to gain and little to lose, so we can be sure that they will be up for a scrap like Neil Warnock’s men were.

The battle with Jan Siewert’s side, though, will not a physical encounter like that in South Wales, but rather a contest of skill in the middle of the pitch.

When playing on the road, despite taking just six points from a possible 42, Huddersfield have spent 44% of their games in the middle third, compared to 30% in their defensive zone.

In comparison, we have only enjoyed 25% of all our home matches in the opponent’s third of the field, which is the third least of any Premier League side – only Wolves and Bournemouth enjoy less time in that zone when at home.

For Pellegrini’s men to stand a chance of winning the midfield battle on Saturday, the boss cannot drop Snodgrass from his starting XI despite his lacklustre display in Wales.

But rather than starting the 26-cap Scotland international on the flank, he should return to the centre of midfield alongside a creative type like Manuel Lanzini.

Out of all the options Pellegrini has utilised in the heart of midfield, the only ones to have recorded a higher number of successful tackles per ninety minutes than Snodgrass are defensive duo Declan Rice and Pedro Obiang.

Mark Noble, the man who should sit out at the weekend, on the other hand, has averaged 1.7 tackles per ninety minutes from his 22 games in the centre, compared to Snodgrass’ 2.1 from his eight games.

Not only would we then benefit from a greater ball winner, but we would also add the pace of Michail Antonio to the wing without losing the 31-year-old’s immense set-piece abilities.