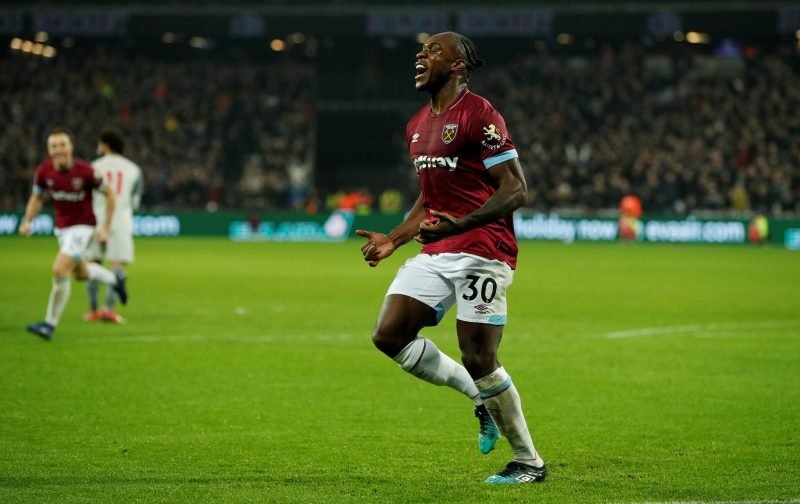 Pre-season will always give players the opportunity to get themselves into their manager’s thinking ahead of the new campaign.

West Ham played their first friendly ahead of the 2019/20 campaign on Thursday, going on to beat SCR Altach 3-2, with Michail Antonio scoring one of the goals.

Antonio is a man who Manuel Pellegrini is clearly aware of, but the Englishman wasn’t necessarily a starter last year – acting as more of a squad player as he played 22 Premier League matches from the beginning.

There won’t have been many scenarios where he would be given the opportunity to show the manager something different, but he was handed it in this case, with Pellegrini playing him as the main striker for the game’s first half.

Antonio has been used there sporadically in the past – having done so four times last season – but with the current situation around the frontline, there is a chance he could play there more regularly in 19/20.

That Jordan Hugill was left on the bench for the game’s entirety, while Antonio played a half up front, highlights Pellegrini’s intentions and the number 30 took his chance.

His standout moment came when Mark Noble played a long pass behind the Altach defence. He broke the offside trap, sprinting clear of the opposition before controlling the ball well, bursting past the goalkeeper and slotting the ball into the empty net.

Premier League defences won’t likely be breached that easily, but this was a moment that highlighted the threat Antonio can carry when playing in a central position.

He scored six Premier League goals and assisted four times last season, while predominantly playing on the wing, with most of his goals coming as a result of him drifting infield and getting on the end of balls into the box.

This indicates that he could certainly help out more regularly in the striker role, with his performance and goal against Altach backing that up further.