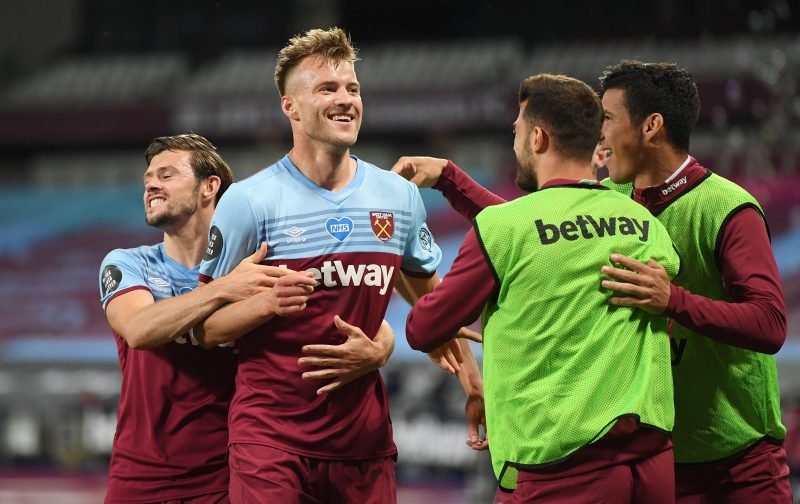 ExWHUemployee claimed Moyes has pulled a U-turn on Yarmolenko’s future whilst speaking on The West Ham Way podcast, having previously been suggested to have identified the Ukrainian as a player he could look to offload.

It was alleged that Yarmolenko, Felipe Anderson and Albian Ajeti were three leading contenders to be offloaded in order to raise funds to pursue a move for Brentford sensation Said Benrahma with funds expected to be tight at the London Stadium.

Ajeti has since completed a move away from the Irons and joined Celtic in a permanent deal, thought to be worth £4.5million, while Anderson and Yarmolenko have remained in east London.

What the future has in store for Anderson remains up for debate, but Yarmolenko appears to have secured a reprieve with Moyes now believed to like the 30-year-old and is keen to keep his services on hand ahead of the 2020/21 season.

Yarmolenko featured frequently under Moyes following his return to the London Stadium, with the former Borussia Dortmund winger featuring in all but one of West Ham’s Premier League fixtures following the restart.

Moyes was without Yarmolenko upon his return to West Ham as a result of a tear in the abductor muscle, but the winger put his injury behind him and scored two key goals with efforts against Chelsea and Aston Villa.

Word that Moyes now wants to retain the £115k-per-week forward has excited a large corner of the West Ham fanbase, who believe Yarmolenko is ‘quality’ when fully fit.

If you have watched him play when he is inform, you would never want to use him as just an impact sub. Hopefully injuries period is over and he can prove himself as a key player 🙏

So we should hes quality when fit

Finally David Moyes and I see eye to eye on something 👍🏻 Good. Concerning he seems to not rate players then rate them (Diop and Fornals on that list also). But he clearly sees the quality that Yarmolenko offers us. Can always use a player that can do something different to others https://t.co/OlTC2uD814

Things you love see on a Friday https://t.co/lbTx4RX6Rw

Not all West Ham fans share the same level of optimism as others, with some suggesting a 30-year-old Yarmolenko – who turns 31 in October – does not have the gas in the tank to cut it as a regular in the Premier League anymore.

Yarmolenko failed to play out the full 90 minutes in any of his appearances following the restart, having only seen the final whistle twice before the Premier League season was put on ice.