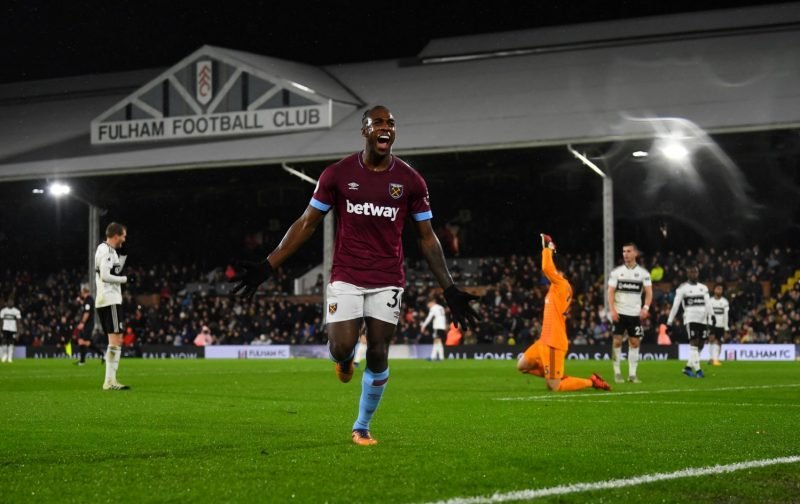 West Ham United versus Fulham is nearly here, and many fans have been sharing their thoughts on the game via the KUMB forum ahead of kick-off.

The Hammers have the chance to do the double over our West London rivals after taking a 2-0 win in their backyard in December, but the Cottagers will arrive at the London Stadium seeking revenge and three crucial points.

Claudio Ranieri’s side have only been able to clinch all three points once in their past six league games, and fell victim to Oldham in the FA Cup in the same run, meaning their hopes of survival could hinge on getting something on Friday night.

With little chance of moving towards the European places, and relegation a distant concern, the match from our perspective carries slightly less importance concerning the league than it will for Fulham, meaning bragging rights will be the most important outcome.

Although, while some are brimming with confidence, not every supporter is sharing their belief that we can deal a drubbing at the London Stadium and leave the Craven Cottage outfit eight points from safety having played a game more come full time…

“Scrappy 1-0’s are for relegation battles. We’re comfortably mid table, so the rest of the season is about entertainment rather than 1-0s imo” – Briggsy (Feb 21, 1:09pm)

“If players are back fit as suggested we would have an embarrassment of attacking riches to choose from on the bench.” – Crouchend_Hammer (Feb 21, 2:17pm)

“3-0 would be absolutely brilliant. I really hope Arnie can score. If he doesn’t, at least we still have Antonio. Fulham look poised to go down so I’ll go with Antonio, Felipe, and a Noble penalty.” – Charles_Tevez (Feb 21, 2:21pm)

“I hope I’m not proved wrong but I can’t see us losing this game, and almost as confident that we’ll win if that is the target of the opposition manager.” – AaronHammer (Feb 21, 2:47pm)

“It’s now or never for Fulham, West Ham don’t have much to play for despite what the gaffer and players are telling the cameras. I can’t see an easy win like some are saying. Hopefully a win though” – Norse (Feb 21, 8:44pm)

“The one consistent thing about West Ham has always been their inconsistency. Tonight, after a two week break, I envisage a slow start to find their rhythm again but if they haven’t beaten Fulham by the final whistle then it will be truly depressing.” – JohnnyB (Feb 22, 9:36am)