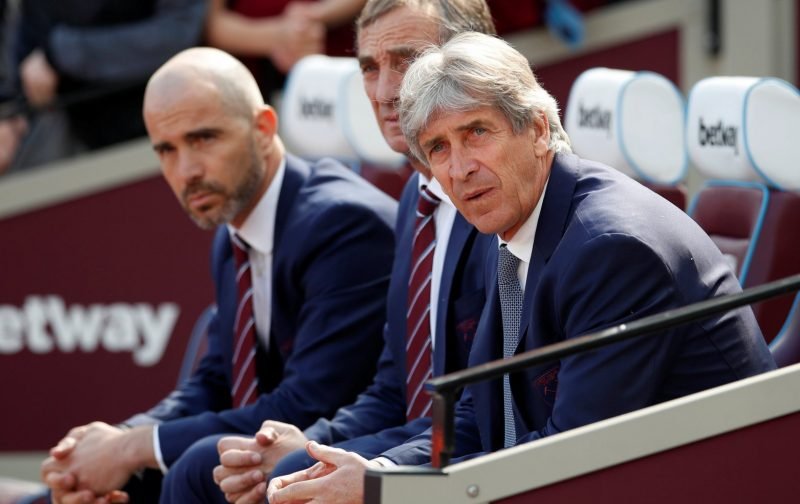 A few West Ham United fans have been reacting on social media, after Claret & Hugh claimed the Irons still owe £87million for transfers carried out during Manuel Pellegrini’s time in east London.

It is alleged the Hammers spent over £200m on transfers during Pellegrini’s ill-fated spell as boss, with the Chilean at the helm as players such as Sebastien Haller, Felipe Anderson, Pablo Fornals and Issa Diop arrived for lofty fees.

West Ham agreed with some of the selling sides to spread payments over a number of instalments, leaving the London Stadium outfit in a position where they continue to owe the equivalent of signing two Andersons (£36m, rising to £41.5m) and still having change left over to add depth elsewhere.

The Irons are believed to be paying off their transfers at a rate of £5m a month, though doubt persists over a £5.4m fee owed to Eintracht Frankfurt for the transfer of Haller last summer.

Word of West Ham’s debt to other sides has left some fans enraged, although some were surprised it was not higher having been flashing the cash over the past two seasons.

This club is killing my soul pic.twitter.com/9fjrTG9m1m

One fan has suggested the in excess of £200m spent under Pellegrini has been entirely wasted as they have not seen any progress from it, with West Ham having to fight off relegation this season after falling from 13th under David Moyes in the 2017/18 season.

Pellegrini led West Ham slightly up the table in his only full season in charge but followed a 10th-placed finish with a dreadful start that led to his sacking, with the Hammers sat just a point above the drop zone when the decision was made to fire the Chilean.

The level of debt West Ham owe to other clubs has also led some fans to ponder the impact of the recent departures seen in east London, with the Hammers parting company with Arnautovic for £22.4m and recouping fees for Javier Hernandez, Edimilson Fernandes, Pedro Obiang, Lucas Perez and Cheikhou Kouyate.

Surely we are still owed money from the sales of Perez, Obiang, Pea, Arnie, Kouyate! Edimilson & hey maybe even Ayew!