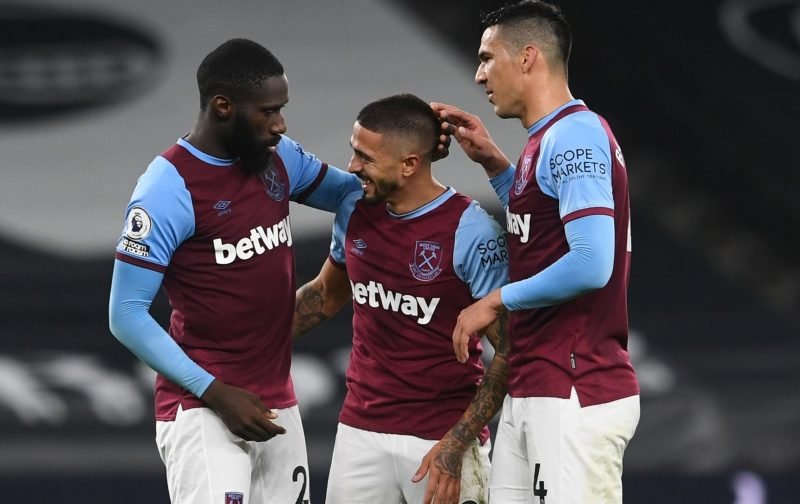 West Ham United managed to steal a point from Tottenham Hotspur with a late flurry of goals, as they came back from a three-goal deficit.

While Arthur Masuaku wasn’t involved in any of the goals, he did show the threat that he can pose during the game before being replaced by Robert Snodgrass in the 90th minute.

The Democratic Republic of Congo international is direct in his play, which was seen here, as he attempted six dribbles, completing five of them – alongside Michail Antonio, this was the highest total of successful dribbles made by any player on the pitch.

He also made one key pass, while he also showed an ability to keep hold of possession with his passing, maintaining a success rate of 87%. However, he was dispossessed a total of four times throughout the match.

He managed to get two shots off, with one of them being blocked while the other one went off target.

One thing the 26-year-old will need to work on is his defending in one-on-one situations as he only made one tackle, while he was dribbled past four times. In addition, he only won one of the three aerial duels that he competed in.

It will be the likes of Manuel Lanzini and Aaron Cresswell who will get most of the plaudits for their attacking returns in this match, but Masuaku has offered another indication of the threat that he can pose down the left hand side.

With David Moyes seemingly set to continue using his 5-4-1 formation, this should only continue.